What If We Sold Empathy Machines instead of Bombs?

April 16, 2013/A Priori Press, DBA/Comments Off on What If We Sold Empathy Machines instead of Bombs? 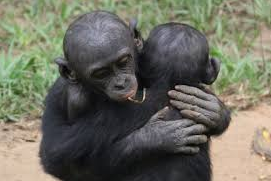 Silly touchy-feely question here, I know.  As someone I respect very much unthinkingly observed: I have been around the block a few times (Hey, does that mean I’M GETTING OLD???).  So I don’t think an overly naïve person, nor am I so much of a bleeding heart that I don’t get angry; nor am I politically neutral on the important issues of the day.  But please, hear me out.

Since the Boston Marathon bombing the BBC has been playing some fascinating interviews with journalists from far more bomb-laden places in this world than anywhere in the USA: countries such as Syria and Iraq.  These journalists–intelligent, articulate in English, reasonable in logic, and contributing respectfully to civil public discourse–dialogued about the perspectives of their fellow countrymen on the recent American tragedy.

We had seven deaths just today from a roadside bomb, including women and children, one of the speakers said; yet no one makes such a big fuss about them.

And said another: We have 50 deaths a day, but everyone is used to that.  Why doesn’t the world make such a big deal about innocent Iraqi deaths as they do about innocent American deaths?

Of course we sympathize with the Boston victims and families, the radio guests hastened to add.  Of course.  But still…

In other words: What about OUR pain?

In my college class on cultural diversity this week my students and I happened to discuss a similar topic (before the Boston bombing).  While contemplating the disturbing human capacity for hatred and genocide we asked ourselves what it means, or doesn’t mean, if one people’s massacres get less press, less public mourning and outrage, fewer museums, or fewer apologies, than another.

And this university dialogue now reminds me of the radio dialogue following the Boston Marathon.  To me, these individuals seemed to be saying: What about us?  We’re in pain too!  We suffer unexpected tragedy and loss and undeserved hostility—and don’t our innocent civilians deserve better?  Doesn’t anybody out there care as much about us?

The radio talk troubled me.  Maybe because this kind of thinking presents a slippery slope away from empathy in general, as well as in the specific.  In my humble opinion, when we compare wounds we all lose.  After all, no two fingerprints are alike, right?  No two children deserve to be a victim of adult hatred and disturbance.  Most of us around the globe, thank goodness, are in agreement on at least that.  No one’s unbearable pain is a good thing, press coverage or not.

So…a random thought here.  What if we could surf the Net and click not on instructions to build a homemade bomb or buy an illegal gun, but some sort of advanced technology that helps us experience Empathy, in the virtual world if not the real thing?  Maybe we’d wear a patch, or something like an odometer strapped on our arm, or we could plug into the device on our iPods or at the Gym and visit the experience of someone else, somewhere else, pure and simple.

Then we’d get the harm that we do to others.   This loss feels like this, the gadget would teach us; and this bewilderment like this; and this terror like this.

How awful, right?  So let’s not hate and kill.  Kinda like that old sixties bumper sticker: What if they had a war and nobody came?—except the sticker might say: What if there were bombs out there to be clicked on and bought and built but no one could stomach the experience?

We’d be exhausted from our little Empathy Machine, yes.  Of course.  We’d go mad with compassion fatigue—that burnt out experience of feeling too much for others, period.  Maybe we’d wrap our loved ones in bubble paper and stick them in the closet for safety.  Or maybe we’d be less afraid because we’d know that we are all connected: we are all born, we love, lose, fear, want, yearn, hope…and die.  The human experience in all its real and dubious glory, and pain, is something we share. Maybe, with such a gadget, we would think: let’s never, ever become blasé about horrible injustice or innocent victims.  I for one don’t want to ever de-humanize other people, ethnicities, religions, political ideologies, etc.

Okay, enough fantasizing about a world with a million social workers and no wars (haha?).  But this is my blog, so I’m allowed to “go there” on this gadget of a computer. I am allowed to visit the unrealistic, and today I very much want to.

Lovely thoughts rarely are completely realistic.  I just know that empathetic kids usually make kind, non-violent adults, and empathetic adults often turn out like the heroes we see on TV running toward the injured instead of away.

The best in us instead of the worst of us.

There may be no empathy machine or gadget, but we do have binoculars—and I think I’ll focus on that one right now because watching TV hurts.

Thanks for subscribing! Please check your email for further instructions.

Something went wrong. Please check your entries and try again.
Scroll To Top